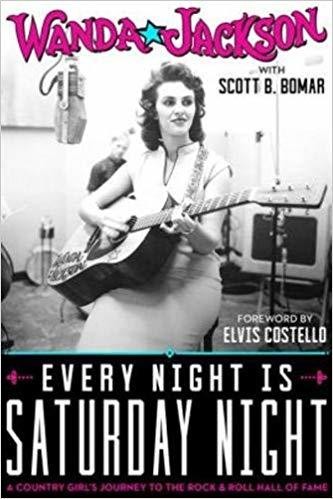 Every Night Is Saturday Night: Hardcover

SKU TARBD4JBNJFBULVJVO55GSL6
$30.00
Out of stock
1
Product Details
Wanda Jackson's debut single, "You Can't Have My Love," reached the Top 10 while she was still a sixteen-year-old high school student. She hit the road after graduation, playing package shows with Carl Perkins, Johnny Cash, Jerry Lee Lewis, and Elvis Presley, who gave Wanda his ring and asked her to be "his girl." With Presley's encouragement, the Oklahoma native began recording rock music, often releasing singles with country on one side and rock on the other during her decade-and-a-half tenure on Capitol Records.
Save this product for later