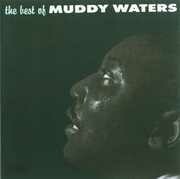 SKU VINMUDWAT1BST
$15.99
In stock
1
Product Details
180 gram. High Definition Premium Virgin Vinyl Pressing For Super Fidelity. Direct Metal Mastering. The transition from country to urban blues that began in the 1920s was driven by the successive waves of economic crisis and booms and the associated move of African Americans from rural to urban areas. This has come to be known as the Great Migration. In the aftermath of World War II, the long boom period induced the Second Migration, which marked a massive migration of the African American population. Many performers such as Howlin' Wolf, Muddy Waters, Willie Dixon, and Jimmy Reed, among many others, migrated to Chicago from the Mississippi region. This situation reinforced trends within urban blues music such as the progressive electrification of the instruments, their amplification and the generalization of the blues beat. Chicago became a center for electric blues from 1948 on, when Muddy Waters recorded his first success: "I Can't Be Satisfied." But Waters, born McKinley Morganfield (Issaquena County, Mississippi, April 4, 1913 - Westmon, Illinois, April 30, 1983), was more than a pioneer in the Chicago electric blues scene. He was a great singer of American vernacular music - a vocal artist of astonishing power, range, depth, and subtlety. His presence was that of a king, and his blues sounded simple, but it was so deeply rooted in the traditions of the Mississippi Delta that other singers and guitarists found it almost impossible to imitate it convincingly. "My blues looks so simple, so easy to do, but it's not. They say my blues is the hardest blues in the world to play, " stated Muddy Waters in a 1978 interview. Among musicians and singers, his remarkable sense of timing, his command of inflection and pitch shading, and his vocabulary of vocal sounds and effects, from the purest falsetto to grainy moaning rasps, were all frequent topics of conversation. He was also able to duplicate many of his singing techniques on electric guitar, using a metal slider to make the instrument "speak" in a quivering, voice-like manner.
Save this product for later